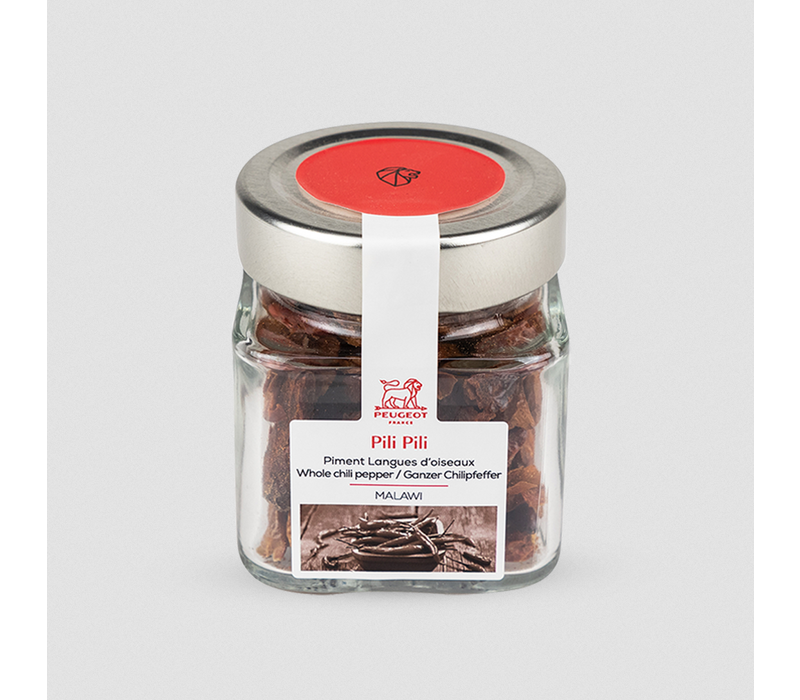 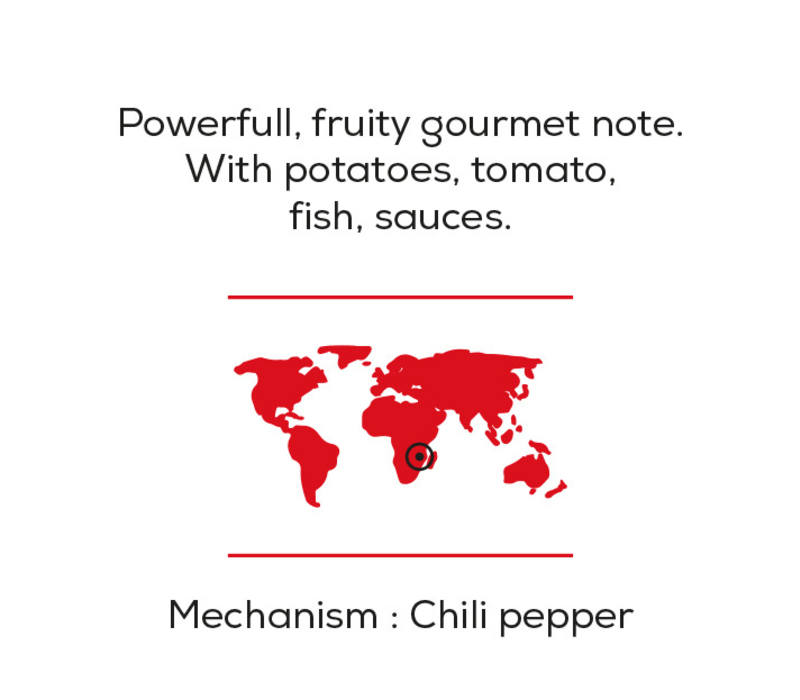 Torrid, this is how the Scoville scale defines the strength of the Bird’s Eye Chili Pepper, also called Piri Piri. Produced in Malawi, it will enhance your meats or your casseroles.

Lovers of spicy cuisine, the Bird’s Eye Chili Pepper or Piri Piri is one of the strongest chili peppers that exist. Often consumed in France, it will perfectly enhance your culinary creations, such as chili con carne, pizza or marinades. Classified on the Scoville scale, which defines the strength of chili peppers, as 8 or torrid (the scale goes up to 10 for an explosive chili pepper), the Bird’s Eye Chili Pepper, when dried, can be ground in the Peugeot Ouessant or Oleron mill, which has a mechanism designed specifically for grinding these spices. 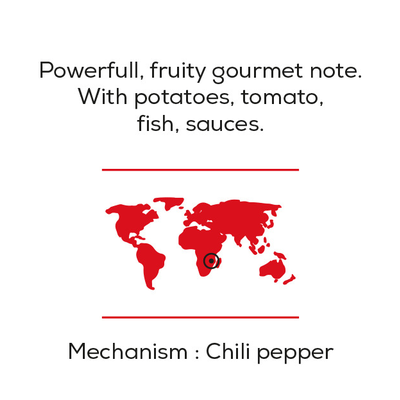