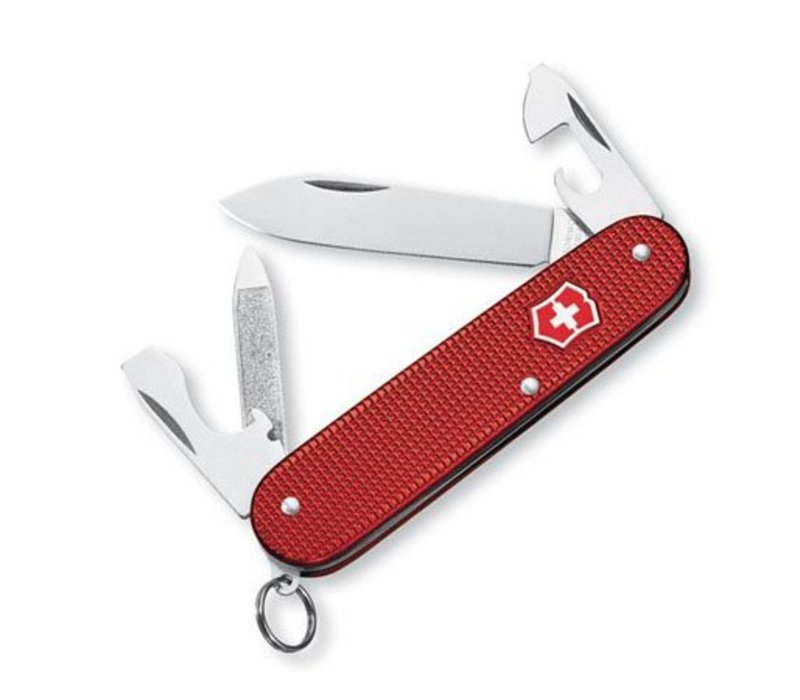 Cadet Swiss Army Knife by Victorinox is a very popular metal knives. Packed with 9 functions - bottle opener to screwdriver - it is a perennial favorite as a groomsman gift. Make this iconic, Swiss-made multi-tool by the makers of the Original Swiss Army Knife your companion for life.

About Victorinox
In 1884, Swiss cutler Karl Elsener set up shop in Ibach-Schwyz, installing a waterwheel in Tobelbach Brook to run his grinding and polishing machines. Thus began what would become the international brand name Victorinox, a combination of Victoria, for Elsener's mother, and "inox," or stainless steel. Today, Victorinox produces watches, luggage, clothing, and, famously, Swiss Army Knives. The original product dates to 1897, when Elsener patented the Swiss Officer's and Sports Knife he supplied to the Swiss Army. Following World War II, American servicemen and women shopping in PX stores shortened the name to Swiss Army Knife, which lives on in English-speaking countries around the world and has become a metaphor for versatility.