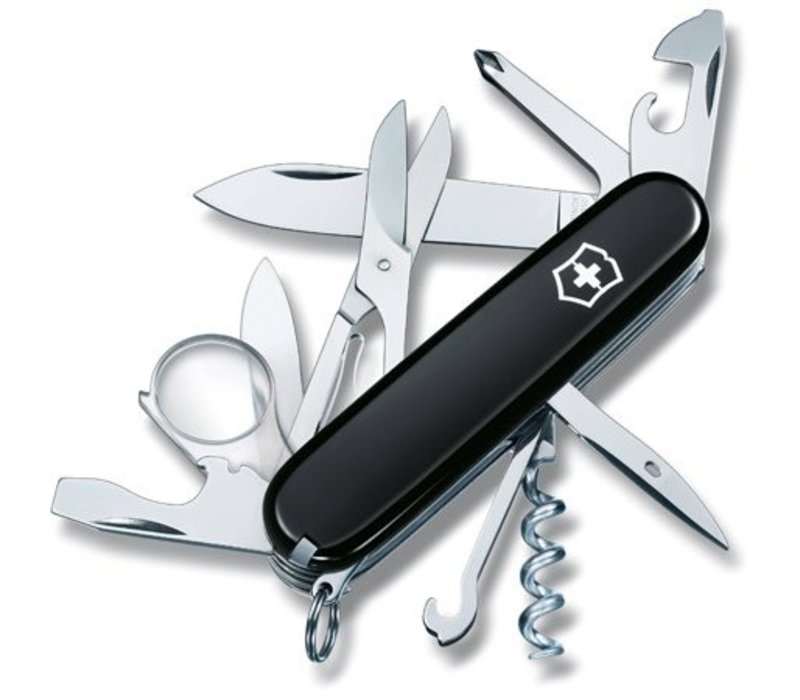 Welcome to the world of the Officer's knife. This is where the legend of the Swiss Army Knife began. And it continues today with the Explorer pocket knife. This pocket knife was built to help you figure things out. Its 16 functions include the tools you need to take just about anything apart and put it back together, and a magnifying glass so you can get a closer look in between.