0 reviews
In stock
7 In stock 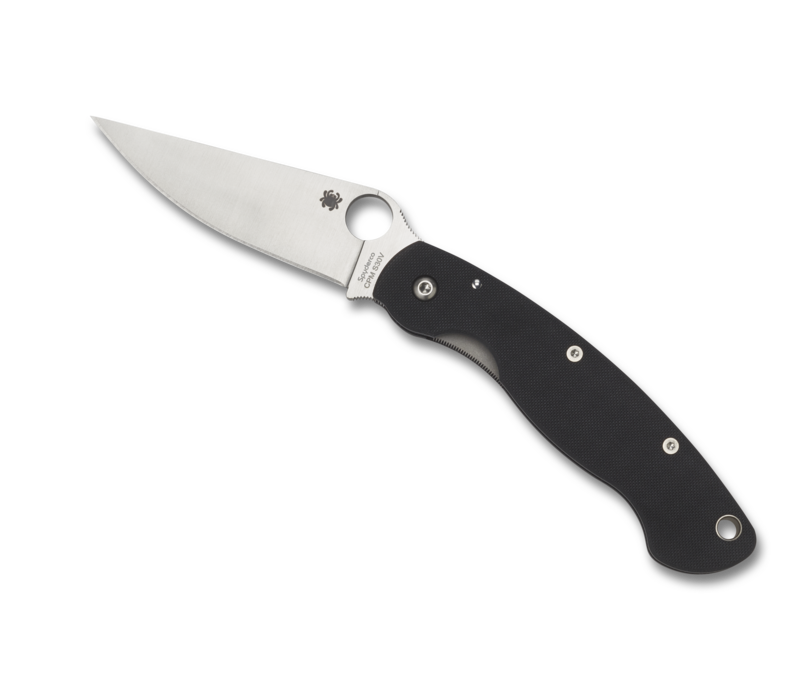 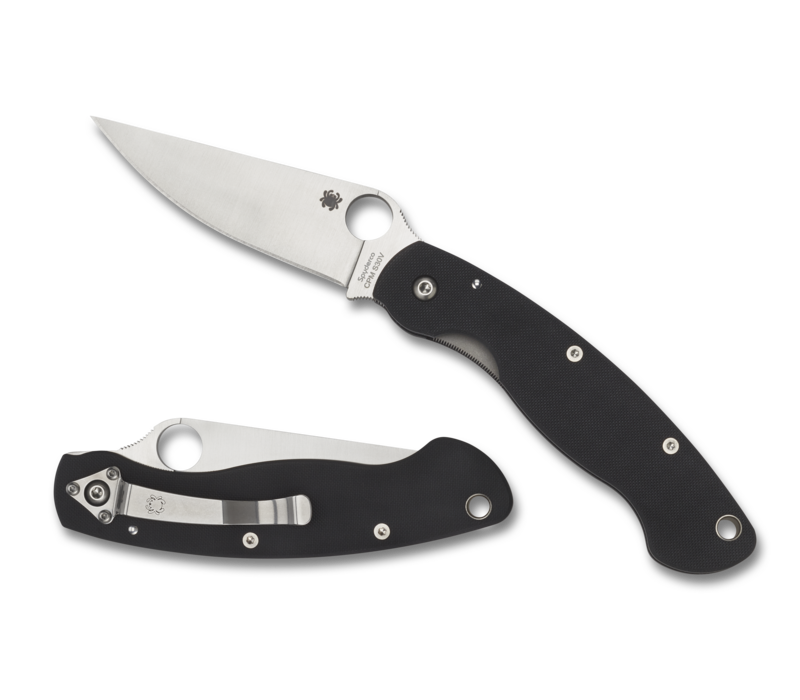 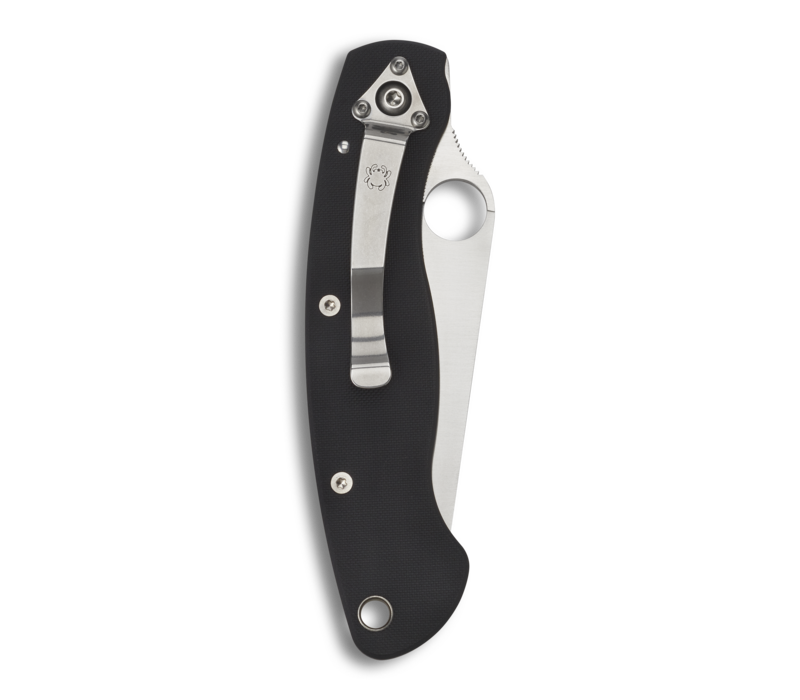 $217.00
The Military meets the requirements of a high-performance, light-weight folder designed for hard use.
In stock

Since the steel is the spirit of the knife, CPM S30V seemed the logical choice for the blade given its reputation for long-term edge retention and rust resistance. The 'Millie' has a modified clip-point blade laser cut with a 14 mm Spyderco Round Hole for quick deployment and for use with gloves. Texturing above the hole holds the thumb in contact with the blade's spine during cutting for confident control over the sharpened edge. The handle scales are G-10 with the lock's liner nested directly into the scale, pumping up lock strength without the addition of bulky liners. Spacers between the scales create a gap running the handle's full length exposing the inside workings for inspection and cleaning. The handle flares slightly at the front end creating a finger choil and at the butt end, which keeps the knife from slipping forward or backward in the hand while sawing or making tough or aggressive cuts. A contoured black metal clip is set for right-hand tip-down carry.

Made in Golden, Colorado U.S.A. Earth 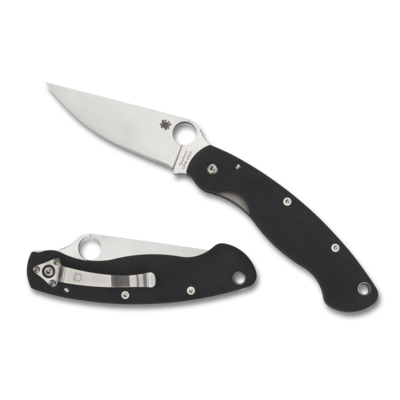 has been added to your shopping cart
The Gauntlet is a simple, easy-to-use sharpening system that enables even novice users to achieve razor-sharp edges in just a few minutes without electricity, oil, water, or complicated clamps or fixtures. 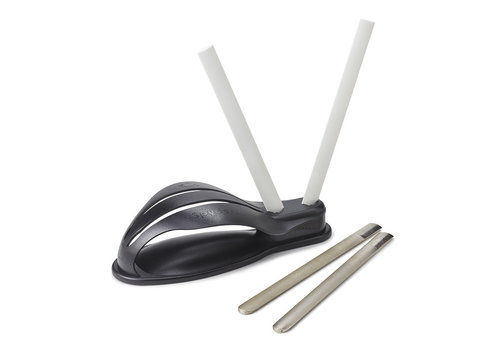 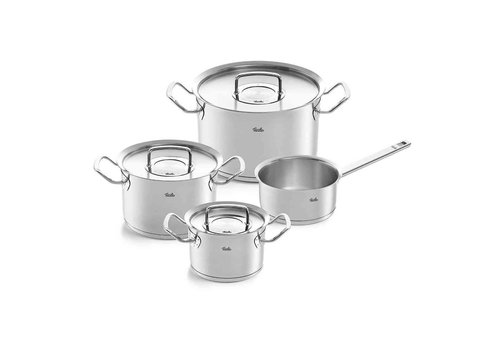 has been added to your shopping cart
The 4-piece Premier Forged Cook Set is an excellent way to start a collection of quality forged knives! Includes our newly redesigned KnifeSafe Guards! 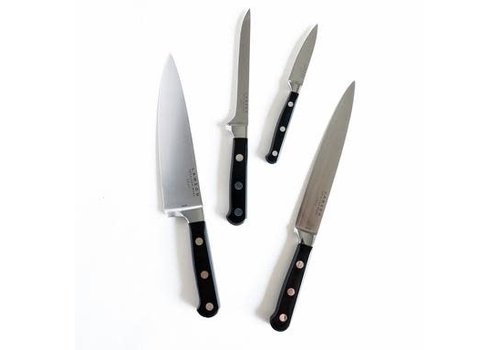