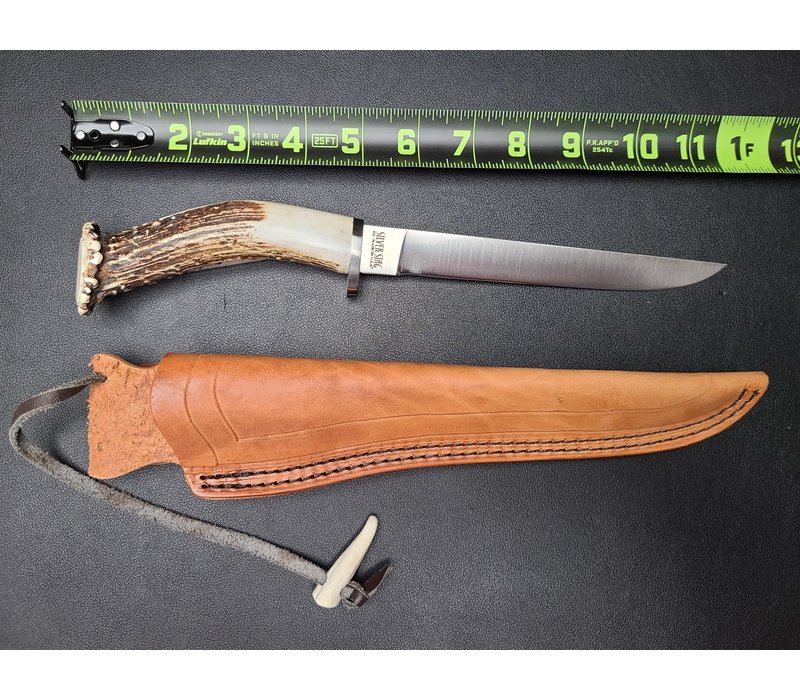 Silver Stag's new Short Alaskan Fillet Knife takes the humble fillet knife to a new level. Most fillet knives are rather uninspired. They have an almost throwaway feel, as if they’d be lucky to stick around for the next fishing season, much less the next generation. Not so with Silver Stag’s latest model. The white-tailed deer antler handle with deep sanded finger grooves gives it gravitas without added weight. The flat-ground D2 steel blade is several levels above the material used in most filet knives, and while it flexes enough for fish use, it’s stiff enough for boning and butchering tasks. The stitched leather sheath with an antler tip tie makes for a nice presentation. A 7-inch blade might be a bit much for panfish, but for anything larger than a pond bluegill, the Short Alaskan Filet cuts a stylish figure in a category not known for fine design.